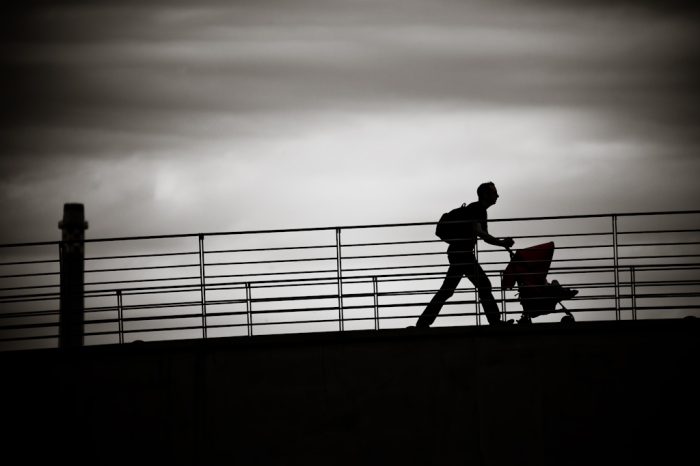 Take-up of shared parental leave has been low and women are reluctant to share their leave, according to a survey of parents and HR directors.

The Women’s Business Council and My Family Care published a survey to mark the year anniversary of the introduction of shared parental leave (SPL). The policy allows fathers to share leave in the year after the birth or adoption of a child.

It said only 1% of men have so far taken up the opportunity to share their partner’s parental leave and 55% of women say they wouldn’t want to share their maternity leave.

However, the figures have been criticised by commentators as the 1% figure is the percentage of all men, not those who were eligible for SPL.

Charity Working Families said: “Closer scrutiny of the research published by My Family Care reveals that of those fathers who had or adopted a child in the last year, one in three had made use of the shared parental leave scheme. And, more than half of existing and prospective parents in the survey would consider using this type of leave to share work and care for their family in the future. This was a much smaller sample, so should be used with care, but the indications are positive.”

Beyond the headline figures, the survey of over 1,000 parents and 200 businesses found that taking up SPL was very much dependent on individual circumstances, particularly financial situation and the paternity pay on offer from the employer.

The main reasons men give for choosing not to take up SPL are affordability, lack of awareness, and unwillingness from women to share their maternity leave. Both men and women overwhelmingly agreed that a decision to share leave would be dependent on their finances and their employer’s enhancement of SPL.

The policy is predicted to gather steam. Almost two thirds (63%) of men who already have young children and are considering having more said it is likely they would take SPL in future.

Ben Black, founder of My Family Care, said it is still early days for SPL. “While take up is low, its introduction was a fantastic step forward when it comes to equality in the workplace. More and more we’re going to hear fantastic stories of fathers, at senior levels, who have taken Shared Parental Leave, and once these stories filter through, and the notion of sharing leave in this way becomes ‘normal’, then it will be accepted practice and that 1% will gradually increase.”

He added: “All change takes time and while it hasn’t so far been the cultural change that many were clamouring for, I suspect with many companies enhancing paternity leave, momentum will grow.”

Of the 200 employers asked, the majority said that they enhanced both maternity (77%) and paternity (65%) pay. Those companies who haven’t enhanced SPL did so because of the potential costs involved primarily, followed by their view that they’d be better off ‘waiting and seeing’ if the opportunity proved popular.

While Shared Parental Leave was introduced, in part, to help women get back into the workplace, just over half (55%) of mothers said they wouldn’t want to share their maternity leave with their partners. But 48% of women said they wanted to have a shorter time off for career purposes. There was also a concern that a man taking SPL could negatively impact on his career, with 50% of men saying this and 57% of women. Only 40% of individuals say that SPL is encouraged by their employer.

My Family Care said 48% of businesses are optimistic that SPL will be normalised over time, while 45% think it will remain a minority choice. The majority (87%) of men would like to take longer leave to be fully involved in parenting their child. However, finance forms the crux of the decision with 80% of both men and women agreeing that a decision to share leave would be dependent on their finances and employer’s enhancement of SPL.

The anniversary fome to call for the policy to be extended to offer all men paid paternal leave that does not reply on the sacrifice of maternity leave. TUC General Secretary Frances O’Grady said:

“Shared parental leave has been a small step towards getting dads more involved with childcare. But take-up has been very low and without better rights to leave and pay, many fathers will continue to miss out on playing an active role in the first year of their child’s life. As many as two in five new fathers are ineligible for shared parental leave, as their partners are not in paid work or they fail to meet the qualifying conditions.

“If the government is serious about men being more involved after their child is born then they must increase statutory pay and give all new dads a right to their own parental leave that is not dependent upon their partners.”