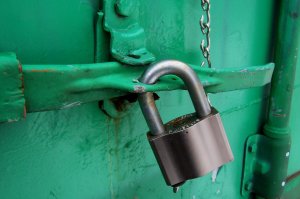 Part-time workers cannot access most of the best-paid occupations in Britain, the TUC has warned.

The TUC today released analysis of the ten best and worst paid occupations in the UK ahead of its annual women’s conference. It said there is a stark gender divide, with men accounting for nearly two thirds of the 900,000 employees in the best-paid occupations. Legal professionals, headteachers and college principals are the only top paying roles that are dominated by women.

There is also a lack of part-time positions in the top jobs. Employees are half as likely (13.7%) to work part-time in top paying professions as they are in the rest of the labour market (28.3%). Amongst chief executives and senior officials – the best paying occupation in the UK with an average hourly wage of £43.17 – just 6.6% of employees work part-time and just one in four are female.

In contrast, the lowest-paid occupations – such as retail assistants and cleaners – are dominated by women and part-time work. Of the 2.6m employees in the ten lowest paying occupations – where average hourly wages range from £6.20 to £6.82 – 1.7m employees are female and 1.8m work part-time.

The TUC said it is concerned that opportunities for part-time and flexible working are generally restricted to fairly low-level positions, or to those women already well-established in their jobs who ask for reduced hours and flexibility on their return from maternity leave.

TUC General Secretary Frances O’Grady said: “Young women are more than able to match their male colleagues as they start out in their careers. But too much of their talent and experience goes to waste as soon as they have children and seek greater flexibility in their working hours.

“Employers’ blinkered refusal to allow senior staff to work part-time and flexibly means that many top-paying occupations are complete ‘no-go’ areas for staff wanting to work shorter hours. Instead, millions of women are forced into low-paying sectors.

“We need more senior positions opened up to part-time and flexible work, so that a reduction in your hours doesn’t result in poverty rates of pay.”