From April new rules will allow parents to share work leave and payments previously only available to mothers, but are employers ready? Gabriella józwiak looks at the issue of enhanced pay and finds businesses are taking baby steps towards family-friendly flexibility.

In a month’s time, expectant mothers and fathers will be able to demand more flexible leave when their child is born or they adopt. But across workplaces, levels of preparedness for the government’s new Shared Parental Leave (SPL) scheme vary. Some companies have grasped the opportunity to present themselves as more family-friendly employers. Others are still unaware the law will change on 5 April.

The new rules allow eligible parents to share some of the 52-weeks maternity leave previously available only to mothers. By taking-up SPL, a mother can end maternity or adoption leave or pay early and share the time left with her partner. During this period, both are allowed to claim statutory Shared Parental Pay (ShPP). They may also take up to three separate blocks of leave.

The changes have presented employers with several challenging decisions. Perhaps the most contentious is whether to offer enhanced ShPP.

Under the scheme, qualifying mothers are entitled to statutory maternity pay, adoption pay or maternity allowance for up to 39 weeks, including six weeks at 90% of pay. Some will also receive enhanced maternity pay over an additional agreed period. If a woman gives notice to reduce this entitlement early, remaining weeks could become available as ShPP. This is paid at £138.18 a week or 90% of an employee’s average weekly earnings, depending on which is lower. Employers can decide whether to increase this amount.

Steve Peacock, employment & pensions partner at law firm Weightmans, says his clients report that their male employees inevitably ask: “Are you going to pay ShPP?” He suggests: “Most dads, unless they’re getting some sort of enhancement, will not want to be at home on statutory pay rather than receive the normal pay.”

His clients provide insight into levels of preparedness across different sectors. Among universities, several have decided to enhance pay. “At the moment they offer 18 weeks’ enhanced maternity pay,” he explains. “If the mother went off on maternity leave, instead of the statutory six weeks at 90% followed by 33 weeks at £138.18, the university offers 18 weeks on full pay and the rest is statutory. They’re going to say to mothers they can convert up to three months into SPL without losing any of that pay.”

Fathers will be entitled to the same offer. “They want to be seen to promote flexible working and the fact childcare is a shared experience between mothers and fathers.”

Among Peacock’s private sector clients, many have decided not to enhance. Schools are yet to decide. “The chances are they will enhance to some degree, but they’re waiting to see how it pans out.”

None of Peacock’s clients have indicated they will fund enhanced ShPP by reducing the amount they currently spend on maternity pay. However, according to a survey of more than 100 employers published in January by Workingmums.co.uk, 39% are considering this option. The organisation is currently canvassing employers to gather more details of such arrangements. Founder Gillian Nissim says the solution is not ideal. “It’s important for employees there is motivation and incentive to take up SPL,” she says. She favours a policy of employers enhancing ShPP to match their maternity pay offer.

Chris Holme, senior equity partner at law firm Clyde & Co, says reducing current maternity offers is a big decision because such benefits are used to attract female workers. But he argues a firm choosing this would be justified: “A company can say: we’ve only got a certain pot of money for new parental leave. Historically that has been going to only women, now it can go to men as well.”

A survey conducted by the firm from December 2014 to January 2015 found among 80 clients, 76% currently offered enhanced maternity pay. Within these, 35% said they would enhance pay for fathers, 28% would not, and 37% were undecided. It also suggested 93% had started preparing for the changes – a sharp rise from August 2014 when the same survey reported 40% having taken some form of action. None of them are planning to reduce maternity pay to fund an ShPP increase.

Holme says these results are not representative of wider workplaces, however, as Clyde & Co has focused on helping preparation among its clients, which include financial services, insurers, professional services and retailers. He urges bosses to be proactive about informing staff, as this will make it easier to manage leave requests: “Encourage employees to let you know earlier, or you end up with someone finding out from other sources and they come to you with a request feeling you’re on the other side straight away.”

How many employees will take up SPL is another issue for managers. The Department for Business, Innovation & Skills estimates as few as 5,700 men will opt for SPL in the first year. A survey of 1,000 families published by Working Families and Bright Horizons in January found 55% of fathers said they would use SPL, as did 52% of women. The results also revealed about 40% of men and women were unsure if their employer would like them to take SPL, despite 40% of men and just under 35% of women also saying being allowed SPL would make them more committed to their employer. More than half of respondents agreed SPL should be paid at close-to-salary levels to be viable.

Alison Hughes, head of HR policy and diversity at energy provider Centrica, is currently investigating what take-up levels might be at her company. Centrica has initially decided to implement statutory pay rates. This decision has been based on the impact that high take-up levels of SPL could have on operations, rather than the cost of offering enhanced pay. “If you look at our demographic, particularly in the British Gas part of the business, we’ve got a population of around 10,000 engineers – 98% male and 2% female,” explains Hughes. “We know in the last 12 months we had about 800 new dads. If people did take up the leave, irrespective of whether we were enhancing pay or not, we would have a big operational problem.”

Hughes explains that the company knows if men are not offered more money, they are unlikely to take extra leave. This is evidenced by the fact few fathers take up additional paternity leave (APL), which Centrica offers at two-weeks’ paid. The national scheme offers up to 26 weeks off and up to 19 weeks’ pay, once the mother has returned to work. Introduced in 2011, APL has had low impact, with a 2013 TUC survey suggesting just 0.6% of eligible fathers used it nationwide.

Instead, Centrica launched a social network for fathers in its workforce in late 2014 to help management decide whether to enhance ShPP in the future. “It’s a support group for dads to share experiences, but it’s an additional route for to us engage with working fathers and fathers-to-be, to really start getting their views and opinions,” says Hughes.

Hughes explains that choosing how much to raise rates is also tricky. Centrica offers female staff 26 weeks at full pay. She is unsure if the company will match this for fathers. “We’re an industry that does often have challenges in attracting and retaining women,” says Hughes. “We have an aspiration to get there from a gender equality perspective, but we’re just not going to be there on day one.”

Baby food company Danone Nutricia Early Life Nutrition is in a similar position. As it is an organisation that promotes positive early years living, its social innovation manager Ann Evans expects it will offer SPL enhancements, but details are currently undecided.

“At the moment we are reviewing the likely impact SPL will have on our organisation,” she says. “We already enhance maternity pay and plan to make further improvements. We also offer enhanced paternity pay.”

Management issues
Nationwide has decided to follow statutory SPL policies for its 17,500 staff. The building society has already communicated this decision and trained the human resources team to answer staff questions on SPL. A member of the HR team told Flexible Boss that an area of concern is the flexibility with which staff can take leave: “We’d like to see how this is used by employees in practice.”

SPL provision allows parents to book up to three separate blocks of leave instead of taking it all in one go. Blocks can be as short as a week, which could cause a problem for bosses in terms of managing staff cover.

Among the employers most likely to be unprepared are small firms. The Federation of Small Businesses (FSB) has been raising awareness of the changes with its members because the rules could have specific impacts on them. “Because there are fewer members of staff in a small business, once you take one of them out the impact is disproportionate,” says FSB senior policy adviser David Nash. He wants employers to encourage early conversations with staff about leave, as smaller firms have the benefit of being close-knit and can negotiate flexible working less formally.

Nash also says pay enhancements will depend on the business. According to research published by the FSB and think-tank IPPR in April 2014, more than 75% of female employees in large firms are eligible for occupational maternity pay, compared with 22% in micro firms. “They are costs that are unpredictable and difficult to factor into the business,” he says.

Another potential challenge is managing staff eligibility. In February the TUC published research showing 40% of working fathers with a child under one will not qualify for SPL because their partner is not in paid work. Sally Brett, the union’s senior equality policy officer, says this will create unfairness within workplaces: “Some dads will be able to add a couple of weeks of SPL onto their paternity leave, but working alongside them will be other dads who are only entitled to two weeks’ leave after the birth.

“There is other unfairness too: the dads who don’t even qualify for statutory paternity leave because they don’t have the required 26 weeks’ service by the time their partner is six months’ pregnant. And there’s the dads who get no time off or support because they are agency workers. By contrast, maternity leave is a day one right for all women employees.”
The TUC wants all fathers to get an extra month of well-paid parental leave that is not tied to their partner’s employment status. 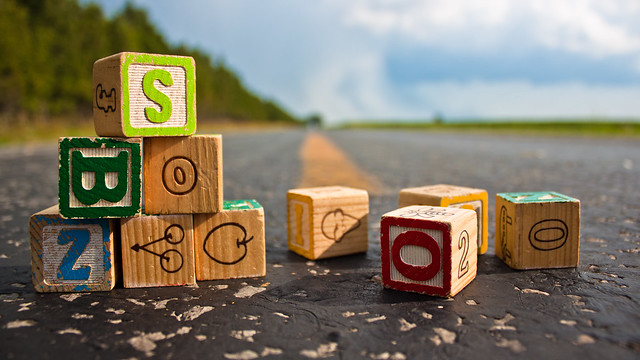