Employers to adapt maternity over SPL 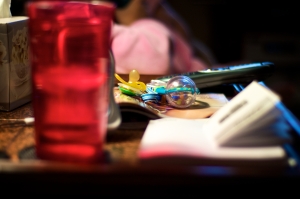 Over three quarters of employers welcome shared parental leave and many are considering adapting their maternity packages as a consequence, despite concerns over the complexity of the legislation.

A survey of over 400 employers by Workingmums.co.uk found that 81% welcomed SPL, with 19% – mainly smaller businesses – saying they would find it difficult to implement in their organisation.

The survey found that 13% were still unaware of SPL and 19% aware but unsure of the impact it will have on them. Over half (56%) said they were still preparing a policy on it. A quarter already had a policy on it by early December.

Concerns raised include the increased paperwork for smaller businesses and the complexity of dealing with mums and dads who work in different organisations.

Many employers said they had either adapted their company maternity package (15%) and a further 39% were considering adapting it, for instance, reducing what they offered to mothers in order to increase what they offer to dads.

Gillian Nissim, founder of Workingmums.co.uk, said: “It is interesting to see how many employers welcome SPL despite some concerns about its complexity and about red tape and how they are looking at ways of making it work. However, there still appear to be a number of employers who are not aware of it or had not thought deeply about its implications.”

She added: “It will be important for those who emerge as leaders in this area to spread information about what they are doing to make the new legislation work so that others, particularly those with fewer resources, can see the benefits.”

The survey also questioned employers about the impact of legislation on the right to request flexible working, which was extended to all employees in June. It found that 11% would be more cautious in granting flexible working as a result of the extension and 53% said they would grant it on a case by case basis despite 30% saying managers find it hard to manage multiple requests.

Some 58% of employers think flexible working improves retention, with only 9% saying it doesn’t. Only 3% think it makes workers less efficient with 36% saying staff who work flexibly are more efficient.

The biggest benefit of flexible working was retention of staff, particularly women returning from maternity leave. While 25% said they faced no challenges in implementing flexible working, for those who did the biggest barriers were that their business or their clients demanded set hours.