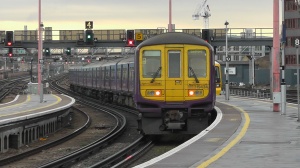 Part-time commuters could save £1,500 a year on travel if the government honoured a pledge to introduce flexible season tickets.

Campaigners today delivered a joint letter to the Department for Transport saying that government is penalising part-time workers by failing to keep up with modern ways of working. It follows the publication of research by the Campaign for Better Transport on the premium paid by part-time commuters.

Martin Abrams, public transport campaigner at the Campaign for Better Transport, said: “The days of everyone working 9 to 5, Monday to Friday are long gone but government hasn’t kept up and is dragging its heels over season tickets for part-time workers. The result is part-timers who catch the train to work paying huge sums for tickets they don’t use, and in some cases being priced out of jobs altogether. Government needs to stop dithering and make sure all train companies introduce season tickets for part-time workers across the network as a matter of urgency.”

The number of part-time workers is on the rise with changing working patterns meaning over 12m people in the UK now work either part-time or flexibly (working from home some days each week). Unlike many European countries, most UK train operators do not offer tickets targeted at part-time workers.

A DfT spokesman said: “We are aware that people are increasingly working more flexible hours and require a public transport system that best suits their needs. Following our announcement last year, we are currently developing a trial of part-time season tickets, which will look at how we can give passengers a better deal. We expect to announce more details later in the year.”