Working culture ‘holding the UK back’ 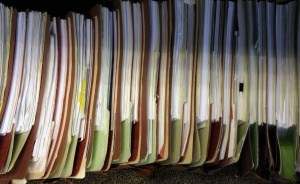 Flexible working could be holding back the UK’s economy and women’s career progression, according to research by consultancy PwC.

Commenting on the firm’s second Women in Work Index, head of people and executive board member at PwC Gaenor Bagley, said: “The reality on the ground is that people who work flexibly feel they have to work harder for promotion, are resented by their peers and don’t progress as quickly. The decision to go part-time is often made for short-term reasons, but unfortunately for women it often seems to have a wider, long-term negative impact.”

The UK’s absolute performance improved on the last index, with a narrowing of the wage gap and increased female labour force participation. However, it only rose one place as other countries also made progress. Its ranking was negatively impacted by the relatively low level of women in full-time employment.

Norway, Denmark and Sweden again topped the chart, with Ireland and the Netherland each rising five places.

“The UK government has made a number of positive moves in terms of helping women in the workplace, such as plans for women and men to split maternity leave,” said Bagley. “Despite policy moving in the right direction, the UK’s cultural perception of gender equality needs to catch up. Some of the reasons the Nordic countries top the Index is down to the recognition that all individuals should be able to balance their career and family life, and to support themselves. For example, childcare and household tasks are shared between parents, which has enabled a more equitable distribution of labour at home and improved work-life balance for both men and women.”