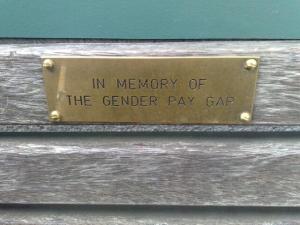 Changing the way jobs are structured and remunerated could end the gender pay gap, according to a Harvard economist.

Addressing the American Economic Association in her presidential address, Harvard’s Professor Claudia Goldin, said: “The gender gap in pay would be considerably reduced and might vanish altogether if firms did not have an incentive to disproportionately reward individuals who labored long hours and worked particular hours.”

She said government intervention is not necessary to shrink the gender pay gap. “Quite simply the gap exists because hours of work in many occupations are worth more when given at particular moments and when the hours are more continuous. A flexible schedule comes at a high price, particularly in the corporate, finance and legal worlds.”

Goldin pointed to technology and science companies as example of fields where the penalties for working flexibly are low. This is not the case in careers such as business and law where firms place a premium on having a particular individual available.

“Gender differences in earnings across occupations and occupational groups substantially concern job flexibility and continuity,” she said. “The employee who is around when others are as well may be rewarded more than the employee who leaves at 11am for two hours but is hard at work for two additional hours in the evening. Even the self-employed may have nonlinear earnings because they cannot fully delegate responsibility.”

Goldin said the rapidly growing sectors of the economy and newer industries and occupations, such as those in health and information technologies, appear to be moving in the direction of more flexibility and greater linearity of earnings with respect to time worked.

She gave pharmacy as an example of a field which has worked to ensure individuals can easily fill in for each other with no negative effect. “When there are perfect substitutes for particular workers and zero transactions costs, there is never a premium in earnings with respect to the number or the timing of hours,” she said.