Home › News › Return of the job for life?

Return of the job for life? 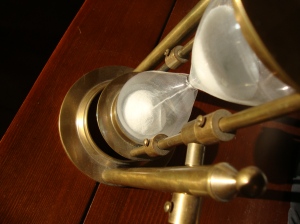 Job turnover fell more than two fifths between 1998 and 2012, prompting the Chartered Institute of Personnel and Development (CIPD) to question whether the ‘job for life’ could return.

In the CIPD’s paper on job turnover, which is part of its ‘Megatrends’ series, the Institute reports that 2.6% of people left their jobs between October and December 2012, compared with 4.5% in 1998. Most leave voluntarily, with turnover highest among young people and over 50s. The trend is also evident in other countries, such as the US and Spain.

The wider provision of flexible working arrangements after maternity leave is one of the factors credited with reducing turnover. “Measures that make it easier for men and women to combine work with raising a family should reduce the number of working parents who feel forced to change employer,” said the report.

Mark Beatson, chief economist at the CIPD, added: “We expect job turnover to be low in recessions because people ‘sit tight’ waiting for the jobs market to improve, but in fact turnover was falling well before the recession took hold.

“Our research suggests turnover may also have fallen because of changes that have taken place within the workplace. For example, increased job satisfaction and employee engagement may have reduced the number of disaffected employees jumping ship. Employers have also got better at providing opportunities for people to move within their organisations – giving people opportunities to develop and grow without moving employers. Employment legislation might also have played a supporting role.”

While increased staff retention is positive, Beatson said employers face challenges in engaging their staff over the long-term. “Signs that people are only staying put because they have to, not because they want to, must also be monitored for, so that steps can be taken to re-engage flagging and reluctant employees,” he said.